5 Unspoken Rules That Every Manager Needs to Know

5 Unspoken Rules That Every Manager Needs to Know

There are unspoken rules that exist in the workplace that colleges don’t teach and HR rarely trains on—and those rules are a powerful influence of who advances and who does not.

These are the “soft skills” that organizational leaders wish more of their managers and people understood.

Here’s a crash course in just five of those unspoken rules.

1. The workplace is not fair

We go through life being taught that things should be a certain way – that the world is a fair and just place, and that good should prevail over evil. How many inspirational movies have you seen about individuals overcoming a great injustice? We like to think that this applies to life in general.

But, the truth is that it doesn’t.

And making movies about people who go to work, do a great job, and get fired anyway because the boss doesn’t like them aren’t nearly as inspirational. Now, that can be a really depressing thought!

But here’s the thing: Once you acknowledge this fundamental truth, it changes the way that you navigating the workplace. It means that the personal relationships you develop in the office are just as important to your ultimate success as doing good work.

There are three types of power and influence in the workplace – role power, expertise power, and relationship power. 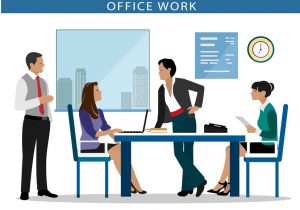 Of the three, role power is the weakest type of influence to have in the workplace. Just because someone reports to you, or indirectly ranks lower than you in the org chart, does not mean that they automatically buy into a word you say. You can make the people who report to you complete certain tasks, but that won’t stop them from undermining you behind your back if they don’t really buy into it.

Relationship power, on the other hand, is the strongest type of influence that you can have. It trumps role power every single time.

3. Count the votes and act accordingly

Decisions don’t get made in meetings. Decisions get made through one-on-one conversations, off-line chats, or talks over drinks after work.

Anytime you’re asked for input on a larger organizational decision, make sure you know who else is involved in the decision, who stands where, and how that decision is going to be made. It’s this context that will help you decide what’s best to do next. 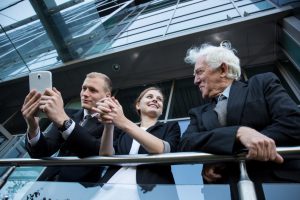 Know when decisions are made.

If you are hopelessly outnumbered, or if your boss or another in a leadership position is going to make the decision no matter what, then it’s best to keep your point of view to yourself and go along with the decision. You’re going to win nothing by fighting it and will likely end up damaging yourself politically with people who have power in the organization if you do.

If there’s more room for influence, don’t wait until the meeting. Talk to the people involved one-on-one. Figure out where they stand and why, and then adapt your approach to them.

If you have relationships built, this will be easy. If you don’t, this is a perfect time to start.

Very few of us work in environments where the decisions that are made are truly a matter of life and death. Just because you disagree with those decisions or the direction things are going in does not mean that you’re under an ethical obligation to fight that battle. 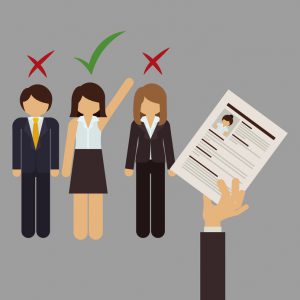 Pick and choose your battles.

It’s like having an emergency fund – you save up to use it when you need it. You don’t spend it on little things.

Make sure you’re being selective over the battles you choose to fight. Remember that it’s not life and death. Most of the time, if you just let things play out, it will be OK.

5. Always look for the win-win

A compromise can also be counted as a win.

There a finite amount of resources available in an organization – budget, staff, etc. – and chances are you’re going to find yourself in conflict over organizational resources with those whose priorities do not align with yours.

Unless you really have the boss in your back pocket, you’re not going to get 100 percent of the resources that you ask for. That means that compromise with your workplace enemies is inevitable. You’re going to need to give them some of what they want, even if it’s opposed to what you want.

Looking back to point No. 2 (relationships trump org chart),  this isn’t necessarily a bad thing. It’s an opportunity.

If you can find ways to compromise to get the majority of what you want, and give others a win in the process, that is always the best course of action.