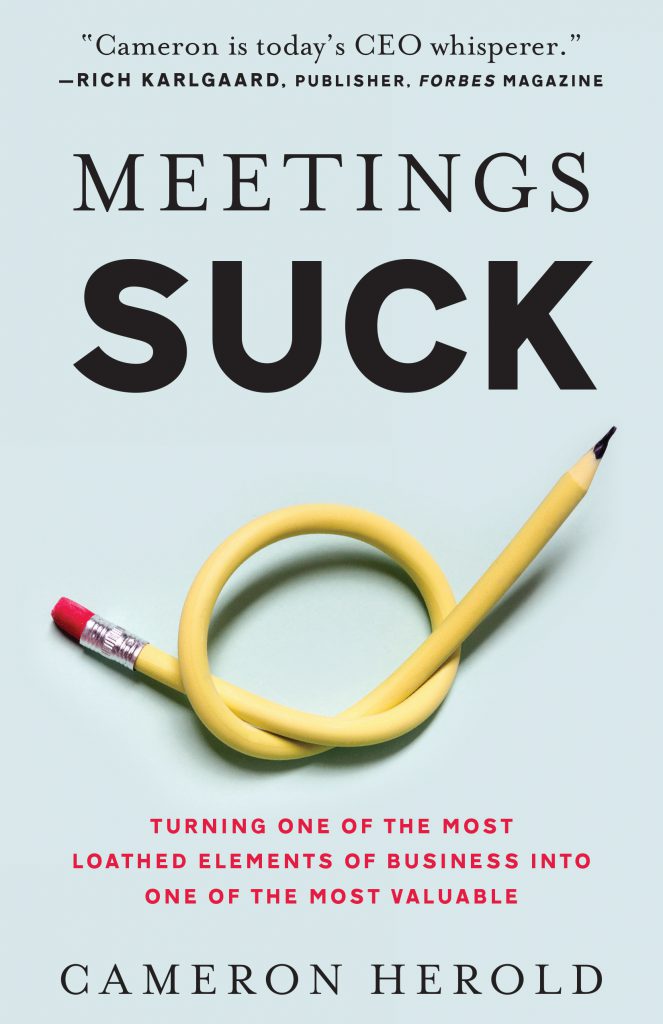 Companies have three tiers or types of employees:

The hierarchy of meetings

Leaders — the CEO, other C-suite officers, executives — have profit-and-loss responsibilities with three resources at their disposal to achieve their goals: People, time, and money. They apply these resources as carefully as if they were held at gunpoint, so as to ensure that everything is spent wisely and nothing is wasted.

If their people attend meetings without adding or receiving any value, then they’ve wasted their three resources. In fact, if we multiply the number of days, weeks, and months in a year that someone spends in a meeting, then the business could face a loss of up to 20 percent of that person’s salary because of time spent in useless meetings.

The goal of middle managers is to move up in the organization, so they’re trying to grow as leaders. One way to accomplish this is to show they’re effective at leveraging the resources they have access to.

For frontline staff, it’s good to go into meetings recognizing the chance to stand out among their peers. Especially within larger organizations, it’s easy to feel like a number and to blend into the crowd.

I realize it may seem a little political to go into a meeting thinking of your own agenda, but at the end of the day, you should treat a meeting like a job interview.

If you treat the meeting like a job interview, you will stand out in front of your peers, leaders, and those who directly report to you. Not to mention that the meeting is a great place where people can leave work at the end of the day thinking, “Wow, the eight or 10 hours I spent at work were all valuable today,” rather than walking out demoralized and thinking, “Wow, a third of my time was wasted in meetings -- again.”

In meetings, the hierarchy is highly relevant

If everyone is equal in the room, then why do hierarchies matter?

First, during the meeting the most senior person, or the person booking it, has to think of themselves as the CEO. Why?

Well, as I explained before, CEOs have profit-and-loss responsibilities with three resources to wield: people, time, and money. CEOs think and act in terms of maximizing these resources to create value. As the CEO, you wouldn’t want to waste your people’s time in a meeting, because that loses you money and resources.

This is the same mindset that the senior leader who is running the meeting needs to adopt. Preferably, I’d love to see everyone in the room, from the frontline team member to senior management, embrace this thinking, because it focuses your attention on how to create the most value.

Here’s an example. Say Bob’s time is worth $50 an hour. Would you burn up a $50 dollar bill? Of course not — if Bob’s coming to the meeting, you want to ensure you get $50 worth of value from him. Otherwise, you’re better off having him do something other than attend the meeting.

Helping to grow the next crop of leaders

The second reason a hierarchy still applies is that part of the CEO’s job is to grow the next crop of leaders.

They don’t want to tell their people what to do all the time. They want to grow and develop them as problem-solvers, as thinkers, as strategists, and as tacticians. They want to teach them not to fear conflict, so they can have good, healthy debates that lead to better decisions and more growth for the company.

Whoever is leading the meeting needs to keep this lesson in mind, just as all participants need to remember that meetings provide an ideal opportunity to grow their skill set as future leaders.

There’s another crucial reason to grow future leaders, one that’s practical and makes common sense: When subordinates can successfully manage meetings, then CEOs, their C-suite officers, and other leaders in the company will have the time and freedom to focus on higher-level initiatives.

This is crucial. Time and freedom to hone in on the highest-priority tasks isn’t a mere luxury; it’s a necessity if a business is to expand and fulfill its potential.

As CEO, one of the things I’ve found to be extremely useful in helping people grow is my speaking less.

Raising the confidence of others

As I will discuss in the next chapter, different personality types manifest in meetings. Some people are more vocal, while others remain quiet. But just because people are quiet doesn’t mean they don’t have ideas. In fact, they do. If you can create a format where everyone can speak and share their ideas, then the vocal people will likely hear their own and new ideas coming from those quiet sources.

In fact, when I spoke less in meetings, I often heard my ideas pitched by others.

If you raise the skill level of your people, you will raise their confidence. But their confidence will never grow unless they’re able to raise a good idea and have others engage with it. When an idea is accepted by the team, then the person who raised it will begin to feel confident to raise more ideas. This is exactly what you and the company needs.

Excerpted from Cameron Herold's Meetings Suck: Turning One of the Most Loathed Elements of Business into One of the Most Valuable. Reprinted by permission of Lioncrest Publishing.