The 9-to-5 Workplace? Survey Finds It Is Rapidly Becoming a Thing of the Past 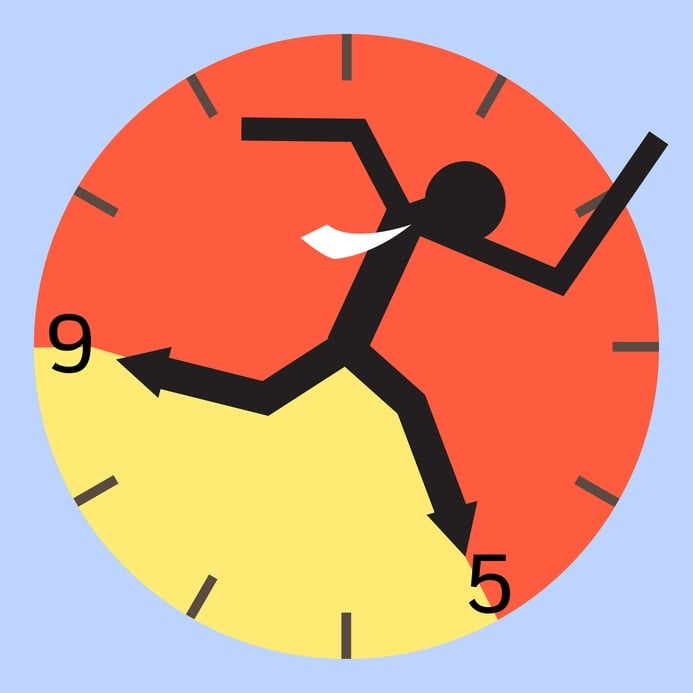 The 9-to-5 Workplace? Survey Finds It Is Rapidly Becoming a Thing of the Past

Unless you've been impersonating Rip Van Winkle and been asleep in a cave for a few years, you won't be surprised that the latest CareerBuilder survey found that 59 percent of workers believe that the traditional 9-to-5 work day is a thing of the past.

No, most anyone working today knows that the 8-to-5 or 9-to-5 workplace is getting to be more the exception than the rule, but what DID surprise me a bit in the CareerBuilder survey were some of the other insights into how employees view work.

More work going on outside an office environment

Does this all mean that workers are struggling to unplug from their jobs, or, does it simply show that the boundaries between work and personal time have blurred to the point that people just bounce back and forth between work duties and personal activities without even thinking about it?

“While smartphones and other technology allow us to remain connected to the office outside of normal business hours, it may not always be a good thing as workers are having trouble disconnecting from their jobs,” said Rosemary Haefner, chief human resources officer for CareerBuilder, in a press release about the survey.

She added: “Not surprisingly, younger workers ‘attached to their mobile devices’ are more likely to work and check emails past business hours, while older workers feel less pressure to check-in after they have put in a full day of work.”

This survey was conducted online within the U.S. by Harris Poll on behalf of CareerBuilder among 3,244 employees ages 18 and over (employed full-time, not self-employed, non-government) between May 11 and June 7, 2016. With a pure probability sample of 3,244, one could say with a 95 percent probability that the overall results have a sampling error of +/- 1.7 percentage points.

Are these good work trends, or not?

My take: As someone who spent many years in an office environment but now works remotely from home, I think it's pretty easy (and maybe even normal) to move back and forth between what used to be thought of as "work" and what we used to view as our "off" time. Today, I find myself doing "work" at all sorts of hours and don't think anything of it.

For me, at least, 9-to-5 is simply an old movie with Jane Fonda and Dolly Parton, and it doesn't reflect what I experience on the job today in any way.

My new workplace "norm" is working from home at just about any time, but what I'm not quite as sure about is whether this is a good thing or not.

Should we care that more and more workers don't have clear lines to separate their "work" life from their "home" or non-work life? Is this a possible overtime violation that the Labor Department or NLRB may want to dig into? Is it just another piece in the changing workplace mosaic, like the "Gig" economy or flexible schedules? Maybe more critically, should it matter to anyone besides the employer and employee as long as the work is getting done?

I don't have good answers to that, but I do know this: my father and grandfather wouldn't recognize how we work today. You many not either. And, I suspect we have a lot more changes and evolution of work still to come.

One thing is pretty certain -- if you aren't flexible and willing to change as our working world changes, you may have a hard time staying employed. Change, they say, is the only constant, and that is certainly something that's never been more true than it is now.