Are You Hiring Charlatans?

San Francisco, CA (February 13, 2020) -- A startling number of applicants lie on their resumes, interviews, and during reference checks, yet organizations hire them anyway, says a new Checkster study of ethical standards in the hiring process. In a revelatory new survey of 400 applicants and 400 hiring managers, HR professionals and recruiters, Checkster found alarming numbers of applicants misrepresent themselves (78%) and a great number of hiring managers (66%) are willing to accept these lapses in ethics.

The applicant survey revealed widespread willingness to misrepresent information during the hiring process, with 60% of applicants claiming mastery in skills they had basic knowledge of. Over 50% reported working at some jobs longer in order to omit an employer. Other inflated claims included: made-up relevant experiences (42.25%), false reason for leaving a job (45%), using a director title when the actual title was a manager title (41.25%), and a degree from a prestigious university instead of their own (39.25%).

These lapses of ethics are extremely concerning, especially since hiring managers reported being willing to hire charlatans if they couldn’t find any other good candidates.

“While these high levels of applicant misrepresentation are shocking, what’s even more disturbing is that most companies do not weed out these fraudulent applicants during the hiring process,” says Yves Lermusi, CEO, Checkster. “Most of the hiring managers and HR professionals we surveyed would hire someone who engaged in at least one untruthful behavior. This suggests that there are most likely people in your organization with vastly different standard and who would knowingly offer a job to someone who lied on their resume or during the interview.”

The behavior that hiring managers were most lenient about is inflating GPA by more than half a point, as a whopping 92% reported that they would still consider hiring the person. The age of the hiring manager was also a factor in ethics lapses. Checkster’s survey found that young people were a little less strict in their hiring decisions. On average, 69% percent of individuals younger than 35 reported that they would hire dishonest applicants at least some of the time compared to 60% of individuals 45 and older.

The surveys show that there is inconsistency among hiring managers, HR employees, and recruiters who were willing to permit different forms of misrepresentation.

“The need highlighted here, is that organizations must initiate ethical alignment and set clear standards when it comes to gray areas in the hiring process,” explains Lermusi. “While some behaviors are defined by law as illegal -- like hiring a doctor without proper credentials -- most behaviors are in an ethical gray area. These are behaviors that might still be morally wrong but aren’t labeled as such by the law. Your team may have differing views on what’s ethical and what’s not.”

Checkster recommends that organizations utilize a questionnaire with their hiring teams to determine their ethical standards and take steps to ensure that hiring teams guard against unethical behavior. The questionnaire asks hiring team members how they would act in a variety of situations and generates an ethical hiring benchmark report to inform leaders about where HR professionals’ and hiring managers’ ethics differ from the company’s ethical standards. This will ensure everyone knows what is and isn’t okay in the hiring process.

To download a free copy of the full report, “Is Your Company Hiring Charlatans?  A Study of Ethical Standards in the Hiring Process”, visit Checkster. To invite your team to fill out the free ethical hiring benchmark questionnaire, click here.

Yves Lermusi, CEO, Checkster is available for interview. If you publish any of this material, please include a link to https://www.checkster.com/are_you_hiring_charlatans. 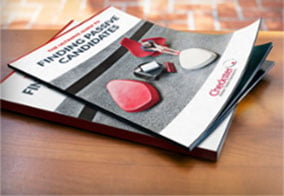 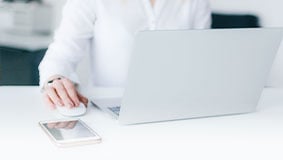