When It Comes to Employee Feedback, Consider the Power of Positive Reinforcement 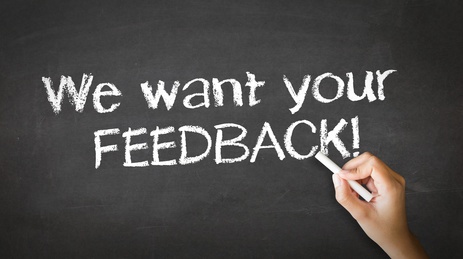 When It Comes to Employee Feedback, Consider the Power of Positive Reinforcement

If you follow the dialogue model, you will have regular opportunities to give feedback — not just at performance evaluation time. However, it’s so important and so often not done that I want to address the consistent practice of feedback, separately and specifically.
Legendary leadership guru Ken Blanchard coined the headline, “Feedback is the breakfast of champions.” How succinct and true.

First of all, affirming feedback provides the energy for growth. An ongoing theme throughout this book is that people have a deep desire to be valued, to know that they count — that they are making a difference. An important part of the leader’s role is to connect and help fill that need.

Without ongoing positive affirmation for progress, energy drops. Yet many of us are not very good at this — it’s not natural.

The power of positive reinforcement

Rather than go into a lot of “how to” specifics here, I’ll just recommend three good sources: 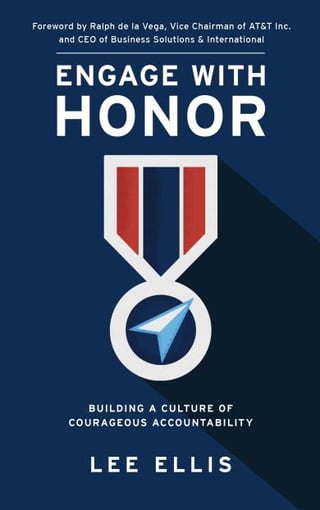 These books paint a picture of the power of positive reinforcement and some good ways to do it.

Feedback needs to be balanced with positive and negative (constructive) insights — both are needed for growth. I heard a nugget on that at a board retreat from my friend Ron Mumme. Ron had been the commander/leader of the Air Force Thunderbirds aerial demonstration team.

His dynamic presentation centered around the challenges of being excellent — all the time. He explained how every maneuver they flew in practice and in the shows was graded on a scale of 1-10. To the normal observer they looked to be in perfect formation, but his average score was around a 7. His bottom line was, “Those who are passionate about performance must be passionate about critique.”

During my flying career, we debriefed at the end of every sortie (flight). The good, the bad, and the ugly were laid bare on the table, and there was almost no concern given to rank or position.

Flying formation with four high performance jets that are only three or four feet apart can be risky business — accountability comes quickly — excellence requires a constant honing of the skills, and that requires regular feedback. The same principle applies everywhere — those who want to be excellent must learn to welcome feedback and leaders must learn to give it in a constructive way.

The one thing that I learned early on is that the slightest negative comment will sting. Even the most confident and successful leaders twinge when they hear they are anything less than perfect.

That’s why it’s so important that you get your mindset and your emotions in a positive place before engaging to give critical feedback. Formation flying sorties are so interdependent, that they are debriefed with the group, but individual critiques are best done in private — with rare exceptions.

Use your relationship capital and your professional credibility as much as possible to assure the person that you are being genuine, and you have their best interest at heart. They need to be confident that you are trying to help them, not cut them down.

So when giving critical feedback, give it some thought and be prepared. These tips will help:

Sometimes, it pays to take a big risk

There was a great story about feedback in Forbes Online in 2013, giving insight into the leadership of Hewlitt Packard CEO Meg Whitman. To illustrate Meg’s character and courage, the article related the situation and impact of her giving feedback to her boss, Tom Tierney, when she had just become a junior partner at Bain Consulting. Tom was a brilliant but domineering leader, yet she went to his office and asked him if she could give him some feedback. He said yes.

Forbes tells the story this way:

…Whitman grabbed a felt-tip marker and sketched a giant steamroller on a nearby flip board. “This is you, Tom,” she explained. “You’re too pushy – you’re not letting us build consensus leadership.”

Tierney was stunned. But he eventually absorbed the message and toned down his stridency. All of Bain benefited. “There was a real courage to her,” recalls Tierney. “What she told me was a gift. Even though her feedback was negative and unsolicited, it left me liking Meg more.”

The story tells a lot about the courage of Meg Whitman and the humility gained by Tom Tierney. She leaned into the pain of her fear to do what she thought was right — even though clearly she was taking a big risk.

It also underscores the comment earlier about the need for professional and relational capital when giving feedback — especially up and sideways.

Reprinted by permisssion from Engage With Honor - Building a Culture of Courageous Accountability, by Lee Ellis. Copyright © 2016 Lee Ellis. All rights reserved. No portion of this book may be reproduced, stored in a retrieval system, or transmitted in any form or by any means — electronic mechanical, photocopy, recording, scanning, or other — except for brief quotations in critical reviews or articles, without the prior written permission of the publisher. Published by FreedomStar Media.