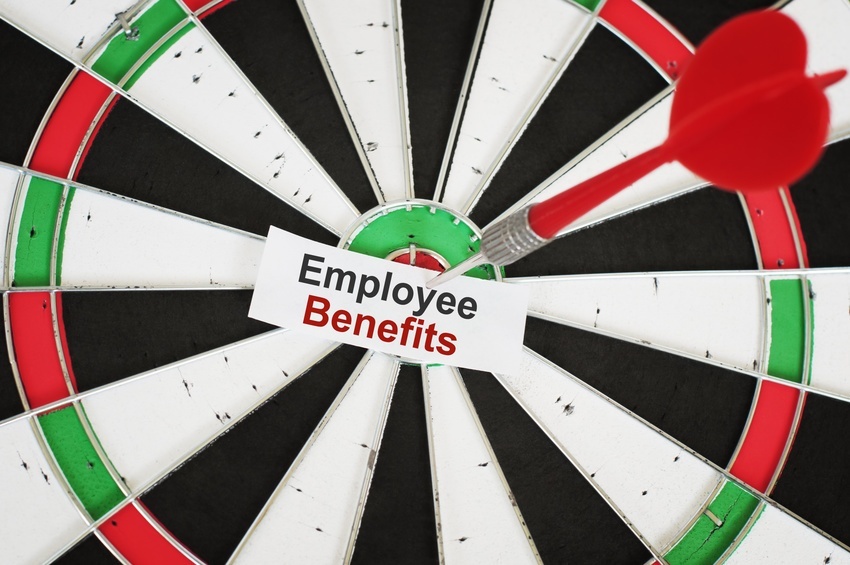 In the never ending search to find and keep great talent, benefits are becoming a bigger and bigger piece of the puzzle.

This is the big takeaway from the Society for Human Resource Management's 2016 Employee Benefits Survey, released at SHRM's annual conference this week in Washington, D.C. The research shows that SHRM now tracks hundreds of benefits offerings — close to 350 overall — that employees are now offering to their workforce.

As The Washington Post notes, "That number represents an exponential growth in such extras tracked in the annual survey. Twenty years ago, (SHRM) asked HR professionals about 60 perks. Ten years ago, it surveyed them on 219." Plus, that 350 number includes some new benefit twists that some employers are offering this year, including things such as foster child leave, coverage for health care services provided by video, and genetic testing coverage for diseases like cancer.

As finding talent gets tougher, benefits get more creative

Evren Esen, director of workforce analytics for SHRM, told The Post that two decades ago, back in the 1990s, employers all had a pretty similar group of benefits they offered employees, such as health care, retirement plans, paid vacation, and prescription drug coverage.

(Back then) organizations weren't necessarily using benefits as a recruitment and retention tool," she says. What's changed ... is that "now benefits are so specific and so creative in order to get the talent that organizations want — that's one way they differentiate themselves. That's why we've seen the huge increase in types of benefits." In other words, the overall range of benefits offered to workers may be more varied and tailored than ever."

(Twenty years ago) organizations weren't necessarily using benefits as a recruitment and retention tool," Esen notes. What's changed, she says, is that "now benefits are so specific and so creative in order to get the talent that organizations want — that's one way they differentiate themselves. That's why we've seen the huge increase in types of benefits."

Or, as The Post points out, "the overall range of benefits offered to workers may be more varied and tailored than ever. Companies appear to be putting a little more money into benefits and bonuses rather than salaries as they try to attract talented employees without driving up fixed costs — it's a lot easier to take away a perk than it is to cut an employee's base pay."

Benefits are a big piece of the retention puzzle

My take: Benefits softened a little during the Great Recession, but they didn't get chopped nearly as badly as other pieces of the compensation menu (like salaries) when companies looked to reduce costs as they struggled to deal with the economic downturn.

And, it's possible that SHRM's survey might actually be underreporting the number of benefits being offered because, as The Washington Post points out,

SHRM's sample of 3,490 respondents is weighted toward smaller companies, privately owned for-profit organizations, and government agencies — rather than the much larger publicly traded companies, particularly in the technology sector, that have recently been the most generous and creative with their benefits packages. Still, nearly half of U.S. private sector workers are employed by small companies, with additional people in public-sector jobs, so the results help illustrate what employees outside of large publicly traded companies receive."

Still, it's important to focus on the big point in all of this — benefit offerings from employers big and small, public and private, have expanded over the past 20 years, and particularly in the past 10, as organizations everywhere struggle to attract and retain top talent.

My advice is pretty simple: if you have talented employees, do whatever you can to keep them happy and engaged, and the better the benefits you offer, the better you'll do in making that happen.