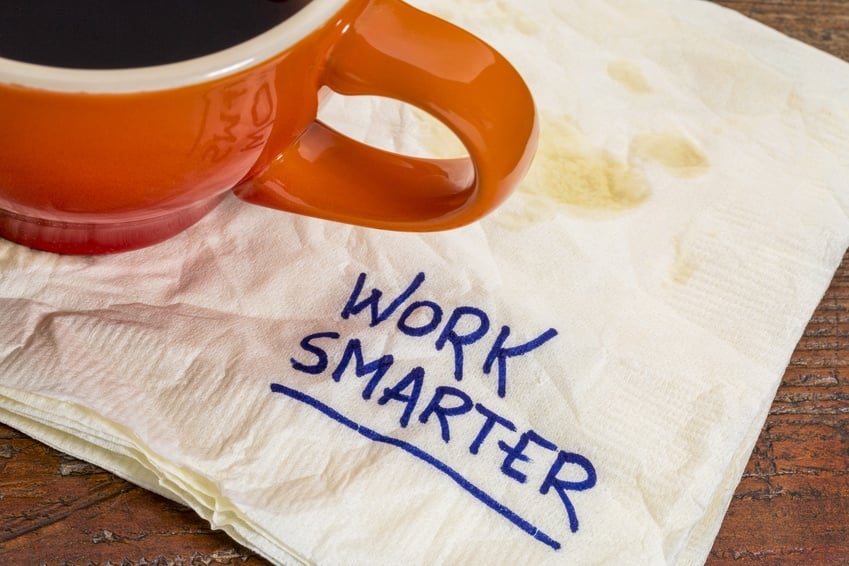 Workplace productivity is one of those ongoing issues that business leaders never seem to solve, so it's not surprising that they're still struggling to find the cause of why it goes down.

Well, here's the latest reason ... and would you believe it's texting and cell phones?
According to the latest CareerBuilder research, 1 in 5 employers (19 percent) think workers are productive less than five hours a day. When looking for a culprit, more than half of employers (55 percent) say that workers’ mobile phones/texting are to blame.

“While we need to be connected to devices for work, we’re also a click away from alluring distractions from our personal lives like social media and various other apps,” said Rosemary Haefner, chief human resources officer at CareerBuilder. “The connectivity conundrum isn’t necessarily a bad thing, but it needs to be managed.”

Well yes, managing workers in all phases of workplace behavior is what managers do — and that includes on-the-job use of cellphones and other technology.

CareerBuilder's HR chief suggests that managers need to "have an open dialogue with employees about tech distractions." Haefener says that it is important that manager's acknowledge the existence of such distractions "and discuss challenges/solutions to keeping productivity up."

When asked to name the biggest productivity killers in the workplace, employers cited the following:

Where employees are wasting time

Surprisingly (well, at least to me) is that according to the CareerBuilder research, the majority of workers with smartphones (65 percent) do not have their work emails on their smartphones. Of those who access their smartphone during work for non-work use, they spend their time on these non-work related sites during work. Those include:

What the CareerBuilder research doesn't get into is the context beyond the simple data. To really get a good sense of how much of a problem any of these things are when it comes to productivity, you need to dig into each organization's workplace culture, rules and regulations (the workplace handbook), and tolerance for little bouts of unproductive behavior in order to drive larger breakthroughs that might benefit the company.

For example, the kind of small and unproductive behaviors that they allow for people working at Google are probably very different than they are in Time Warner Cable's customer call center.

Craziest Non-Work Activities Workers Have Done On the Job

Of course, no CareerBuilder workplace survey would be complete without a list of the most unusual (or memorable) things they have caught an employee doing when they should have been working. Some examples included and employee:

This survey was conducted online within the U.S. by Harris Poll on behalf of CareerBuilder among 2,186 hiring and human resource managers and 3,031 workers ages 18 and over (employed full-time, not self-employed, non-government) between Feb. 10 and March 17, 2016 (percentages for some questions are based on a subset, based on their responses to certain questions).