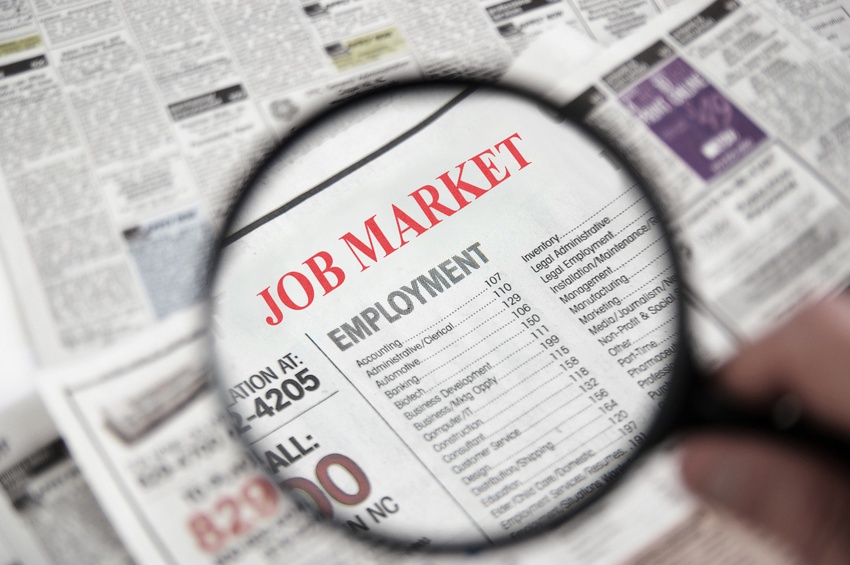 Although 43 percent may not sound like a particularly strong number, consider this: Gallup says that "While this reading is similar to the 40 percent to 45 percent recorded in 2016 so far, it is on the high end of Gallup's trend since 2001."

What is interesting about this latest survey is that Gallup was in the field gathering responses for it between June 1-5 when the latest Bureau of Labor Statistics employment report came out showing that only 38,000 new jobs were created in May, the lowest monthly job growth since September 2010. One would think that such negative news would impact the response to the Gallup survey, but Gallup says that despite the negative news, "An analysis of responses by day of interview shows that Americans were just as positive about the job market after the report's release as they were before it."

Those with jobs are more bullish on the job market

But the research also finds that how positive you feel about the job market depends on whether you have a job or not.

In 2013, employed and unemployed adults' views of the job market were similar. Both working and non-working adults have grown more optimistic about the job market, but confidence has picked up much more among the employed."

My take: I'm not surprised by that last finding because those who have a job are usually much more bullish about their ability to find another one. But, the change in how the employed and unemployed view the job market since 2013 shows that although it took five years, the overall gloom and doom about the state of the economy ran its course about three years ago and has now returned to a more typical pattern.

What is frightening, however, is that May employment report from the U.S. Department of Labor. However, The New York Times points out that,

Apart from the jobs figures, there are several encouraging economic signs, including a surge in home construction and hardy consumer spending. Most analysts expect the pace of economic growth to pick up to about 2.5 percent over the next three months from the first quarter’s 0.8 percent.

“To be clear, there is no evidence the economy is slowing into recession,” said Steve Blitz, chief economist of M Science, a research firm."

An improving outlook on the job market

So, maybe the May job numbers are just an aberration that we'll forget about when the June figures come in. That's the hopeful way to look at it. And, that seems to be how the respondents to the Gallup survey see it, too. As Gallup' puts it in their "Bottom Line" analysis of these numbers:

The dismal BLS employment report for May seems to have done little to shake Americans' views about the job market, with the percentage of Americans saying it is a good time to find a quality job being on the higher end of Gallup's trend since 2001.

Americans' improving outlook for the job market since 2013 has primarily been influenced by employed adults, with those having a full-time job, along with students, the most optimistic about the job market. Americans who have not found full-time employment — including those who are working part time and those who are unemployed and looking for work — are somewhat less positive about the market. To some degree, then, Americans' own employment status shapes their perceptions of the U.S. job market."