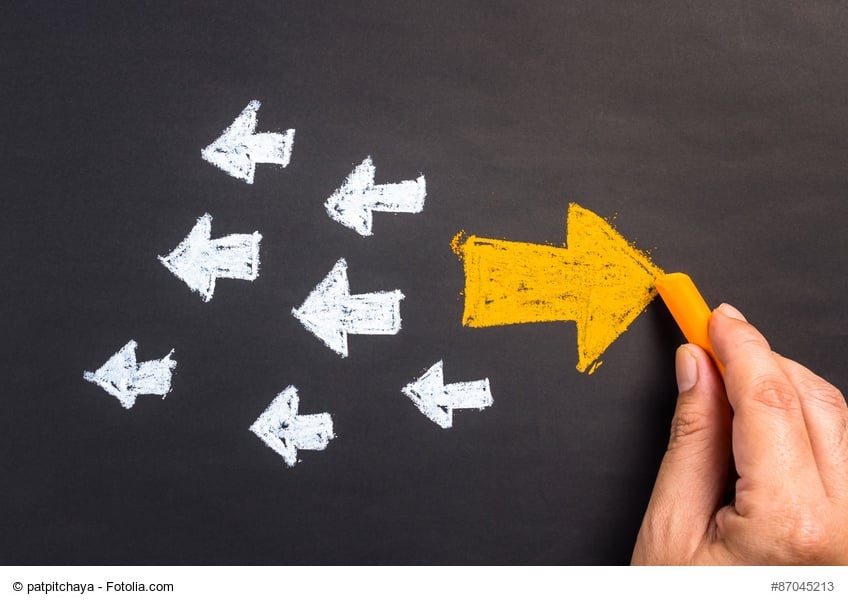 Yesterday, we gave you the five most important things that new managers need to remember, but there is a lot more to it than just those five.

So, today we're giving you five more things to keep in mind that will help new managers to start off on the right foot.

6. Listen actively, and default to trust

You’ve got to have one-on-one communication with each person on your team regularly – a 30-60 minute meeting every week is my preference. And those meetings have got to be locked down on your calendar. They are the thing you don’t cancel unless you have a legitimate emergency.

Why? Because those meetings are how you’re going to develop trust and positive working relationships with each person that reports to you – that’s the fundamental framework that sets you up for success.

When you maintain those meetings and keep them as an open forum for communication, your employees are going to bring you the good as well as the bad. The good is easy to deal with…just acknowledge that it’s great and move on. The bad can be trickier – no one likes to hear bad news about their plans! But when you communicate openly, you’re going to invite it, and you have to view that as a good thing, and as an opportunity.

Some managers take the very knee jerk reaction of pushing back whenever they hear bad news. They think their employees are exaggerating or just trying to get work off their plates, or are just needlessly complaining. Fundamentally, most people want to come to work and do a good job and be successful. Most people are NOT trying to get one over on you. They are looking for your help and support. If their manager approaches them from a vein of distrust when they’re making a good faith effort to do the right thing, that’s not very motivating.

How you make your team members feel matters. If one of them comes to you one-on-one and tells you that they are overwhelmed and need some tasks moved off their plate, and you respond by saying “you just need to figure it out,” how do you think that’s going to make them feel? They’re probably just going to continue to be frustrated and overwhelmed, and not any more productive than when they walked into your office for the meeting. And they’re probably going to like you a little bit less than they did prior to the meeting.

On the other hand, if you help them think through prioritization and maybe move a thing or two off their plate, that’s going to have a completely different effect. Not only are they going to be more productive and focused, but they’re probably going to feel a lot better about reporting to you in general.

This goes hand-in-hand with the previous tip – when you’re having discussions with your team, really make sure you understand their perspective. And that could come down to making sure you’re using the same definitions! So many disagreements rise up simply because people use the same words assuming that others will interpret what they mean as they intend, but the person they’re talking to interprets it completely differently!

It’s the easiest thing in the world to make sure you’re using the same definitions for things. Just ask! You’ll be surprised at how many times people will say something completely different than what you expect. It’s a much better way to ground the discussion and move forward on the same page.

You are probably not a mind reader. Therefore, refrain from making assumptions about what’s going on in your employee’s head at any given moment. For example, here’s an actual conversation I had once with a former boss.

Me: No I’m not. I’m frustrated with a few things, but am not angry.

Her: No, you’re obviously angry.

Me: Look, I wasn’t angry before but now you’re actually starting to make me angry.

When you focus on your assumptions about what’s going on in people’s heads, sometimes you’ll be right and sometimes you’ll be wrong, but given that all of us have a ton of things going on in our heads at any given time that our co-workers are not aware of, it’s simply just not effective. And when you get it wrong, you lose a lot of credibility and trust.

Ultimately, your goal as a manager is to make sure your people are behaving in ways that are going to make them more effective and successful. So make sure you’re framing the discussion in terms of the actions your people are taking – things that you can actually witness – and the implications of those actions.

Were they late to a meeting? Yelled at a co-worker? Didn’t meet a deadline? Those are all perfectly valid things to critique them on. You don’t need to go digging around in their head in order to make adjustments to their actions.

9. Give positive and negative feedback

When people say the word “feedback,” most of the time it results in an instant visceral reaction to brace for something negative. If you’re only ever giving your people negative feedback, that’s a huge problem!

The goal of feedback is to reinforce the types of behaviors that you want to see from your people – the things that are going to set them up to be more productive and successful. Certainly, modifying negative behavior is a part of that. but so is reinforcing positive actions.

If your people are doing things that are productive and helpful, make sure they know that it has not gone unnoticed and tell them!

10. Your job is to make sure your people are successful

At the end of the day, your job is to empower the people reporting to you to set them up for success. The minute you stop taking that as your first priority is the minute you start wandering into “bad manager” territory.

When your people are successful, you will be successful – it’s really that simple.