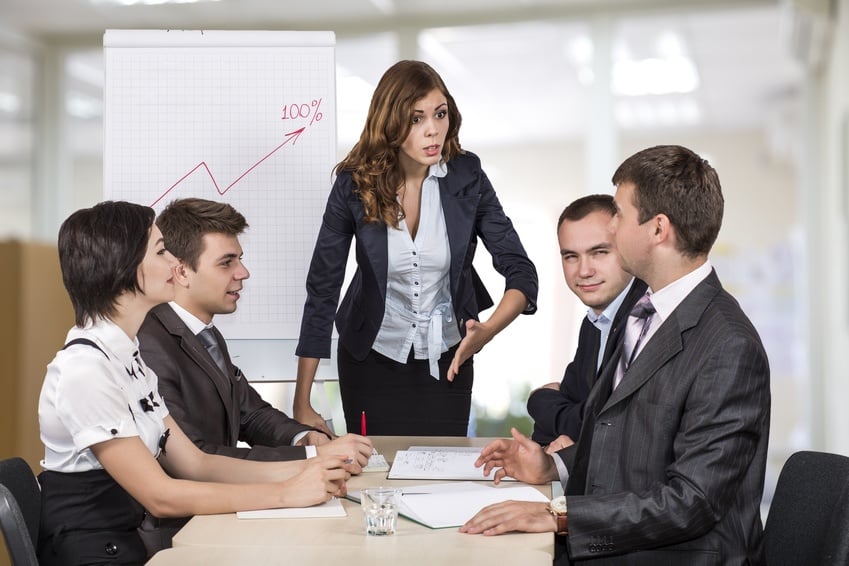 Happy employees who treat their managers and co-workers with respect and civility is usually the mark of a strong and powerful workplace culture.

But that's not necessarily how the National Labor Relations Board sees it.

In what can only be described as an Alice in Wonderland-like, down-is-up and up-is-down ruling, the NLRB recently ruled in favor of the Communications Workers of America – the union that represents T-Mobile employees — who protested a T-Mobile Employee Handbook clause on maintaining a positive work environment.

As the Harvard Business Review noted,

"The clause (in question) reads as follows: “[e]mployees are expected to maintain a positive work environment by communicating in a manner that is conducive to effective working relationships with internal and external customers, clients, co-workers, and management.” Their reasoning was that – if employees are discontent – they need to be able to freely air that displeasure. The (NLRB) agreed with them, ruling in favor of the union. “It’s official: employers can’t force you to be happy. Hallelujah,” cried the Guardian."

HBR goes on to point out that the NLRB ruling goes hand-in-hand with the new workplace trend towards "radical candor" and frankness, where feedback given in a supportive way is honest and "immeasurably more effective than blunt criticism (because) it motivates performance, is less likely to be misinterpreted, and uplifts rather crushing employees."

The article even goes on to list "three, research-backed rules of thumb to help managers can deliver constructive and candid feedback," but honestly, these "research-backed rules" sound pretty familiar to just about any manager who has had even a modicum of success managing people.

See what you think about these rules, and I'll weigh in as well:

All of this is pretty simple: The focus here shouldn't be on how these "rules" as proposed by HBR are a new way to be frank and radically candid with emplyees, but on how smart managers have been doing this for a long time. The "news" in all of this is that these common-sense management measures that Peter Drucker advocated are now, finally, reaching a larger audience.

Being completely honest with anyone — wife, husband, child, best friend, neighbor, your Aunt Bertha — is only a good thing if you handle it in away that isn't so blunt that it doesn't break their spirit. Feedback is only good if you can get the recipient to accept it in a way that makes them want to improve, not feel burned and abused.

This has been common practice for sensitive, thinking people for a long time. It speaks volumes about the state of modern management that it is just becoming a "best practice" at this late date.