If Your Company Has Values, You Don't Need a Lot of Rules

If Your Company Has Values, You Don't Need a Lot of Rules

All of us are driven by a set of values — what we believe is important in life.

Do you believe in acting ethically? Is fairness important, and if so, what does that mean to you? Do you believe in sharing with others or in rugged individualism — only the strong survive?

Are you spiritual? Are you conservative or liberal? What is the code of behavior that you endorse?

How one company shares its values

Successful organizations know that values are essential to success and that values differ among competitors.

Dave Daley, the proprietor of Repairs Unlimited, an auto repair shop in New Jersey, telegraphs his values to his customers: 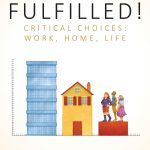 Because these are values that I can identify with as a customer, I have returned to Dave’s shop for 35 years.

When I first went to Dave’s place, he was apprenticing with his dad. It was clear that his father was fair with customers and was a straight shooter. He would go the extra mile to satisfy his customers.

Their shop was not the cheapest, but for me they were the best value for the money. Dave learned his values at an early age and continued to stick to them after he took over the shop.

How WD-40 expects people to act

Dave’s values are not confined to his work. He is also a family man, and while it is hard to find time when you are an entrepreneur, often working six days a week, he has managed to devote time to his family, learn scuba diving with his daughter, and get away for quality time together whenever possible.

We have all seen values go amok. The Enron scandal in the early part of this millennium was a case of ethics gone awry. Among other notorious failings, Enron’s CEO and CFO reported information that was blatantly false, ruining the lives of many investors and employees in the process. Perhaps needless to say, those behaviors violated the publicly claimed values of the company.

Bernie Madoff is an example of someone who “made off ” with other people’s money, failing to operate in a manner that his investors had expected. He promised great financial returns for those who invested with him but could only sustain those returns as long as he brought in new investors.

Garry Ridge, the CEO of WD-40 Company (you probably have a can of his product to rid yourself of squeaks in your house), is a strong proponent of values. The organization has a set of six values that are the cornerstone of how they expect people to act. If you can’t support those values, they tell you that WD-40 Company is the wrong place for you.

Having strong values eliminates the need for lots of rules and policies. The simple question to any employee at WD-40 Company is this: Did you behave consistently with these values?

Their values also transcend different parts of the globe.

If you have values, you don't need lots of rules

Garry sent out a values challenge a few years ago and asked employees around the globe to make videos of how they live these values. The videos were amazing, with teams across the globe expressing unique ways of embodying WD-40 Company’s values in their country.

This example is one of many that exemplify an important message: If you have strong values, then you don’t need hundreds of rules in your life.

The corollary for organizations is that they do not need hundreds of rules if they have strong values with which people are aligned.