Why It's Tough to Hire a Superstar Salesperson 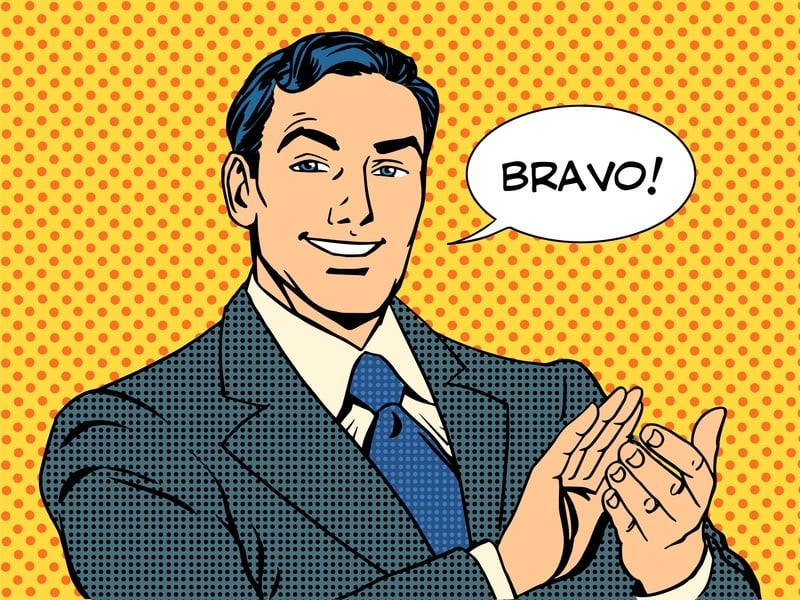 Why It's Tough to Hire a Superstar Salesperson

Perhaps nothing is more difficult and more important for the success of a business than hiring the right salespeople.

Remember, in any business, nothing happens until somebody sells something! Nobody pays the mortgage, no kids are sent to college, no retirements are funded until the salespeople can close business and bring revenue in the door.

Unfortunately for many companies, hiring a salesperson has become a bit like buying a boat—the happiest day being when one is bought (hired) and the second happiest being the day it is sold (fired).

The hiring cycle for a typical salesperson

Just consider your experience: You decide the time is right to add a salesperson to the team and you excitedly begin tallying up how an “X” increase in the business will solve so many of the challenges facing your company. You know that additional customers and revenue will create the exact thing your company needs right now to achieve its goals.

You post the job, you sort through résumés, you spend time interviewing, and eventually you have what you believe to be the perfect candidate. You make a job offer. What happens next?

For many companies the honeymoon period starts, but it wears off quickly! The dreams we had of increased sales languish, and we wonder what went wrong. We start to question our decision. We think: “Maybe just a little more coaching or more time and then they’ll start to perform?”

If this sounds familiar, pay particular attention to this section. We’ll identify some common pitfalls that occur in the hiring process. We’ll also talk a bit about what things could be going on that are hurting your chance to add a sales superstar to your team.

Let’s be clear: Superstars do exist. Let’s commit to hiring them.

Here's what a superstar salesperson thinks about

Great salespeople are always in demand. The problem is that there are so few of them. Even in a tough economy, a company will rarely ever let go of a salesperson who is consistent in generating revenue. The reason is somewhat obvious, right? When times are tough, a company will downsize

Understand the psychology of the situation. Put yourself on the other side of the equation.

Let’s say you are the superstar salesperson. What’s your life like right now? Pretty good, I’d imagine! At your company, it’s likely that you are viewed as a hero. You are pulling in some good cash, winning awards and travel vacations because of your super performance. Chances are, you can do pretty much what you want as long as you keep delivering those stellar sales numbers. You’ve probably built up some repeat business, you have your routine down, and you know just which levers to pull to get things done for your customers.

Do you see my point? Why am I, “superstar,” switching jobs? I’m usually not.

Even when tempted by another great-looking position at some other company, a superstar considers things pretty carefully. We’ve all heard the phrase “Better the devil I know than the one I don’t!” This saying is certainly true when a salesperson has succeeded in selling for a company, so beware of the unemployed.

Even mediocre salespeople are "A" players when it comes to selling themselves. They’ve been to enough sales training that they’ll be able to talk prospecting, pipelines, sales ratios, and closing techniques. They just won’t be able to do those things at a superstar level. The good news is that selling is a very metrics-driven process, and a good hiring process will uncover the truth.

Why a superstar might be looking for a new job

If you are hiring someone who is unemployed, you must understand the reason. Possible reasons that a superstar is unemployed or looking elsewhere include:

There are more reasons that I haven’t listed, but I hope you can see the common thread here -- something has changed that is outside the control of the salesperson that he or she is not in a position to influence or change. The person simply wants to make money. The person has done the calculus; the rules and opportunities have changed, so he or she is looking elsewhere.

Don’t believe the simple statement: “I’m just looking for a more challenging assignment.” Rarely is this true. I’d almost go so far as to say never. A good hiring process will uncover and get to this vital truth. We’ll discuss the specifics later in this book.

Before we go into the specifics of making the hiring decision and the process, let’s discuss one other important aspect: You and your company.

Creating the right conditions for success

Maybe you have managed to hire a superstar, but you’ve blown it in the execution. Think this is impossible? Think again. Make certain that you have created the right sales conditions for success.

As an example, imagine you go to the plant nursery and purchase a beautiful plant that looks healthy and vibrant. You take that plant home, plant it in a pot on your porch, and within weeks it starts to shrivel. Is the only plausible explanation that you’ve purchased a bad plant?

Not likely! You may have planted it in the wrong soil, placed it in too much sunshine, failed to feed it correctly, or a host of other issues. At least be open to the fact that when a salesperson fails, it can be your fault, too.

You must be the kind of company that can support a superstar, and you have to be honest about the selling environment you are asking that person to sell in.

Hiring for your specific sales environment

Focus on the selling environments that the person was successful in previously. Here's the formula:

On the other hand, if the environment was Great sales success + Great selling Environment, it could = mediocre salesperson if your selling environment isn’t as great as the environment of the company the person is coming from.

The key here is this: Great selling results don’t always mean a great salesperson. It only means that sometimes.

It could also mean the person was in a great company that was a leader in its niche. The person could have been working for the lowest cost option or any other host of variables that made him or her have some measure of selling success.

It’s your job to uncover the truth through your hiring process.

Excerpted with permission of the publisher Wiley from The Sales Boss: The Real Secret to Hiring, Training, and Managing a Sales Team by Jonathan Whistman. Copyright (c) 2016 by John Wiley & Sons, Inc. All rights reserved. This book is available at all booksellers.